KBOC’s operations are conducted on the Ninotsminda oil field located in Sagarejo region. The terrain within the operation area is hilly and grows into the mountains to the north. The ground elevation varies between 850m to 1300m to the north.  An average temperature is 13o-14o C.
The first discovery well N2 on Ninotsminda filed was drilled in 1979. This well in total has produced more than a half million cubic meter oil. 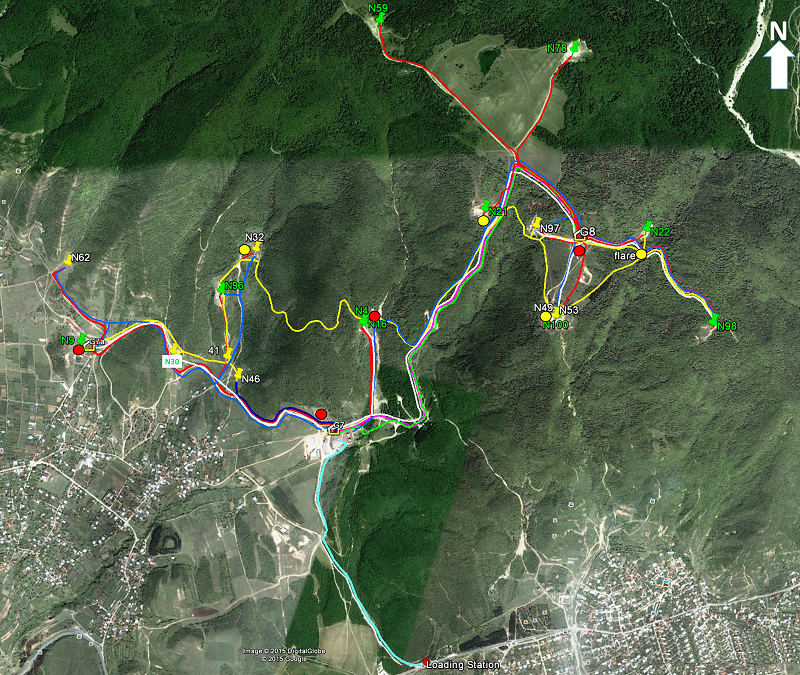 The produced fluids first are collected in the calibrated measurement tanks installed within the gathering station and then pumped down to the base facility. In the base facility fluid runs through a three phase separation, where the separated gas is supplied to the local gas distribution network,

free water separated from the fluid is injected into the water injection well and oil is stored in the storage tanks. On the territory of the base the company has a laboratory where oil/water test are performed on a daily basis for the each well as well as for the storage tanks.

Once in a month oil is pumped from the storage tanks down to the loading station and from there it is trucked to Georgian Oil and Gas Corporation facility for final measurement.

Ninotsminda oil field and the yard including the equipment, machinery, facilities and tools are guarded by the State Security Service. The mobile security teams provide 24/7 control and monitoring over the well-heads, existing pipelines and tanks patrolling along the pipelines. Furthermore, random and detailed inspection is conducted over the whole oil and gas network by the company security personnel.